Spirit of the NQRTH on display in cycling adventure 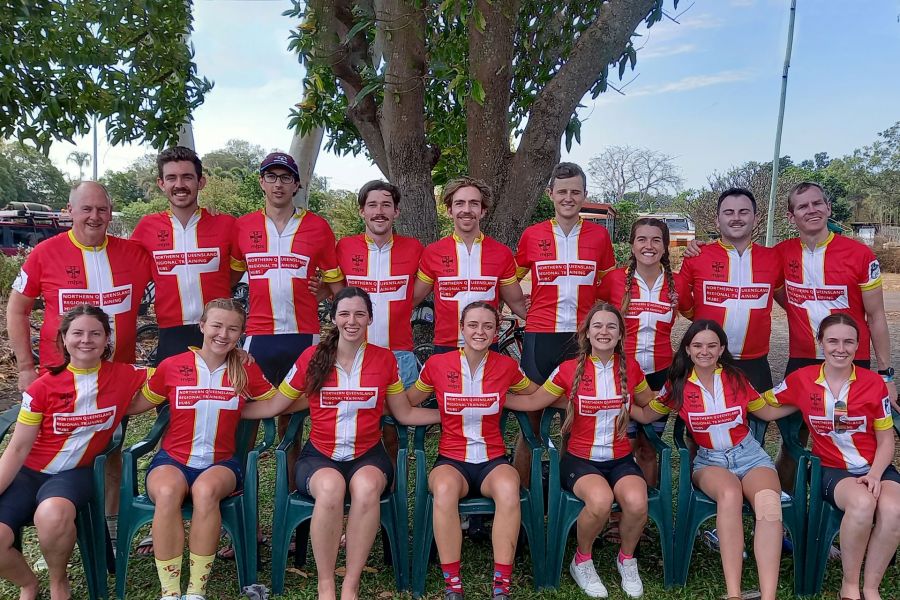 Since its launch in 2007, the QSuper Cardiac Challenge has become a much-loved institution in Far North Queensland. In late September, nearly 300 cyclists rode 333km from Cairns to Cooktown. But as the Northern Queensland Regional Training Hubs (NQRTH) Doxycyclists will tell you, the three-day adventure was about so much more than cycling.

Intern at Cairns and Hinterland Hospital and Health Service (CHHHS), Dr Matthias Wust, began the Doxycyclists riding group in 2019. He has championed the team’s involvement in the QSuper Cardiac Challenge which in total raised over $520,000 this year and $4 million to date for the Far North Queensland Hospital Foundation and cardiac care services for the surrounding communities.

“The whole challenge was an absolutely fantastic experience,” Matthias said. “It’s the most fun you can have on a bicycle. It was a wonderful group of people all working together to make a difference in their community.”

NQRTH were proud to be the principal sponsor of the Doxycyclists, providing the funding for team jerseys and assistance at fundraising events, and during the challenge itself.

“NQRTH are the team. This could not have happened without the work and financial support from NQRTH. The wonderful jerseys we were able to wear are due to NQRTH. The team raised over $21,000 which was supported and facilitated by NQRTH, providing contacts and man and women power,” Matthias said.

After a team of three in the 2020 Challenge, Matthias put the word out to grow the team and received an overwhelming response. 19 junior doctors, JCU medical students and friends from the Cairns community joined Matthias for the three-day challenge.

For both NQRTH and the Doxycyclists, involvement was about so much more than the ride itself. As well as contributing to vital services at the Cairns and Hinterland Hospital and Health Service, involvement in initiatives like the Cardiac Challenge build a sense of community and promote training and networking opportunities for junior doctors and medical students.

“Events like this are a brilliant networking opportunity for our students and doctors. The Challenge has a large group of experienced doctors, nurses, and allied health staff from the hospital. Friendships made on the ride carry into the work environment very easily. Its yet another reason why practicing medicine in a regional centre is the best way to live,” Matthias said.

“It exemplifies the social and lifestyle opportunities and how they can complement careers in medicine. It’s a beautiful part of the world with some genuine rural Australian communities who are some of the most accommodating and positive people I’ve ever met.”

It's a sentiment shared by fellow intern at CHHHS, Dr George Lindley-Jones. He took part in the ride and shared some of his thoughts about the ride and how the involvement with NQRTH was a perfect fit for the team.

“The whole experience has been incredible. I love how the ethos of NQRTH aligns so well with the Cardiac Challenge. We’re riding through a lot of these small towns, experiencing the bush of Australia, and for us as medical students and doctors hopefully it’s inspiring people to come work out here in the future.”

The Doxycyclists are certainly not going to be resting on their laurels. Matthias is hoping to expand the club to include a racing team, greater participation in other local charity rides, and an even bigger team for the 2022 Cardiac Challenge.