For senior Orthopaedic surgeon at the Cairns Hospital, Dr Andrew Graham, the lure of working and living in tropical North Queensland proved too big to ignore and came as somewhat of a surprise.

“I think I am the first Orthopaedic surgeon to come back as a registrar and set up practice here in Cairns full time. It takes about ten years to get through the orthopaedic program, so it was a big commitment to go regional.”

However, it was both the variety of clinical work and strong social bonds formed with colleagues that cemented Dr Graham’s decision to make the move from Brisbane to the tropical north as a junior doctor some 30 years ago.

‘It’s been a fantastic journey. It’s a hands-on type of place with really supportive people in a small community. There is only one main hospital, so you have to work together as a team. We are all good mates up here, it’s a really special bond. 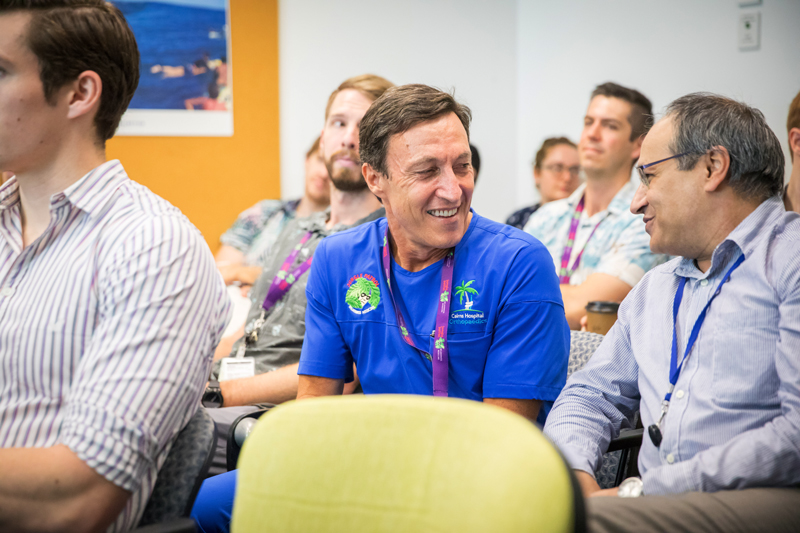 “It’s also incredible work, different cases that you wouldn't see in the city. You are not spread out among a whole lot of people, so you get to do a lot of things in any specialty not just your own.”

Dr Graham is not alone in choosing to bring his orthopaedic expertise to Cairns and the North Queensland region, as more and more junior doctors in training are choosing to stay in the region due to both the collegial nature of the workplace and to the wide breadth of clinical cases presented.

“We now have eleven orthopaedic surgeons and seven of us moved here as junior doctors and subsequently came back as consultants….We haven’t been sent here; we want to be here.

“We come across some fantastic pathology, with the hospital’s catchment reaching up to the Torres Strait islands and down to Townsville and can include patients from Papua New Guinea.

“It’s different situations you don’t find anywhere else in the world. We also have a lot of paediatric orthopaedic problems because of our area and the patch that we service.”

In addition to the variety of patients, it is also the sheer volume of cases that sets Cairns apart from many other training destinations. 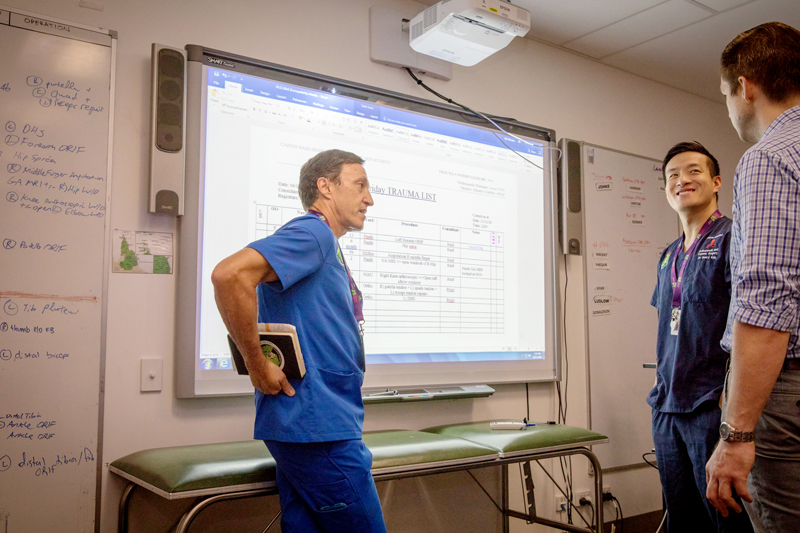 “The volume of work from a normal hospital down south would be around 300 to 400 cases per year, whereas up here it’s around 600 to 800 cases. We have in total 14 registrars and principal house officers in Cairns, which is more than most Brisbane hospitals. We have a lot of experience and are a tight-knit unit, so it’s not surprising that we get a lot of young doctors wanting to come to Cairns Hospital.”

For junior doctors wanting to come to Cairns, their training program will also include exposure to other regional locations throughout North Queensland which can greatly enhance the overall learning experience.

“It’s a fascinating mix and a terrific training program. Regional and rural hospitals are very interesting as you get to learn a tonne of stuff.  We have a good unit of consultants and it’s a fun place to come to work."

“After the initial four years you get to rotate between various hospitals across the region, with one or two years at most in Cairns if you are on the orthopaedic program. We had three orthopaedic training registrars at Cairns Base Hospital last year with one of our fellows coming up from Hobart.”

To illustrate just how multi-faceted and hands-on the medical training program can be whilst in North Queensland, Dr Graham recalls an example from his own junior doctor training years.

“Even though I came up to Cairns as a junior doctor for orthopaedics, after hours you do general surgery as well. The very first night being on call, I had to do three surgeries on infected appendixes, and I had never done or seen an appendix before then, so it was quite overwhelming.  But one of the other young surgeons gave me a hand and it turned out to be such an incredible experience to have. The support of the hospital and the people around me was so amazing that it just opened my eyes up to the benefits of staying here. As opposed to being at some Brisbane hospital just filling out forms, I was actually doing some real doctoring.”

Another notable feature of undertaking medical training in North Queensland according to Dr Graham, is the exceptional camaraderie among colleagues and staff that junior doctors are welcomed with.

“Everyone comes from somewhere else, so people make a real effort to get along. Being in a smaller hospital, you get to know the people you work with and it doesn't all stop once you walk outside the doors.

“We do things together after work, such as going for a walk in the rainforest with the ward nurses and doctors. We form friendships in our teams, and these can last for a long time. Even if you are up here for just a year, everyone knows what it’s like to be a newcomer. It’s very inclusive.” 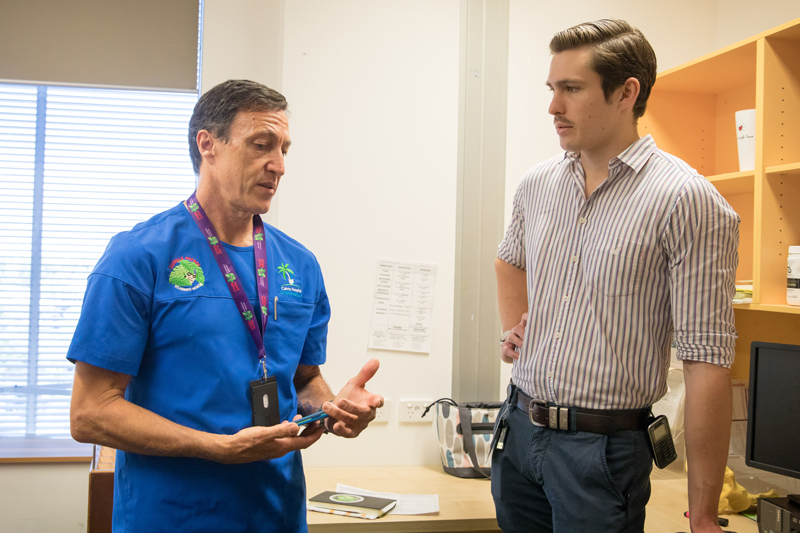 And then there are the unique lifestyle activities that only the tropical north can offer, with downhill mountain biking replacing surfing as one of Dr Graham’s favourite ways to get active.

“I do what’s called 'green surfing' which is riding mountain bikes down rainforest trails. Cairns has some of the best trails in the country. In fact, we recently hosted the world championships for both downhill and cross country here. Six of us surgeons ride together on Saturday mornings and it is the best thing in the world.

“I also do adventure trail running, as we have the iron man up here which I’ve done a number of times. It’s all part of the lifestyle, there is so much to do. There’s the Barrier Reef and a couple of our surgeons are keen fisherman. It’s a very outdoor community and if that's your thing then it’s the place to be.”

Not satisfied to stop there, Dr Graham admits he could easily continue listing the many lifestyle benefits of living and working as a medical specialist in the Cairns region.

“The hospital in Cairns has the best location I think of any hospital in the country, it’s right on the ocean shoreline and is just another gold star on our star chart! The rainforest is less than a five-minute drive, and my drive to work this morning was 12 minutes with two sets of green traffic lights."

“I could go on and on but that's just a snippet of the joys of living here. Clearly I am biased towards living in Cairns, but it is pretty much all of North Queensland - it’s a fabulous place to be.” 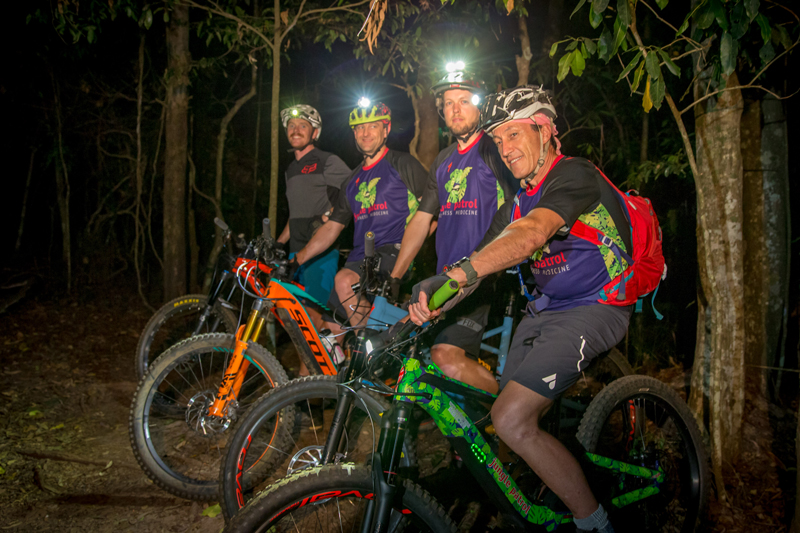 However, perhaps the most surprising advantage of basing your medical career and training in regional North Queensland is the opportunity it can present to advance your research interests, your career, and ultimately your impact on community health.

“We have three surgeons who are Associate Professors and they run research projects in all sorts of areas of orthopaedics. We also regularly get together to present papers at national conferences. So we are much more than just a bunch of surgeons mucking about on mountain bikes.

“We want to make a difference. We even run our own anatomy cadaver courses with dissections which happens to be the only course of its kind in Australia. All of this in Far North Queensland!” 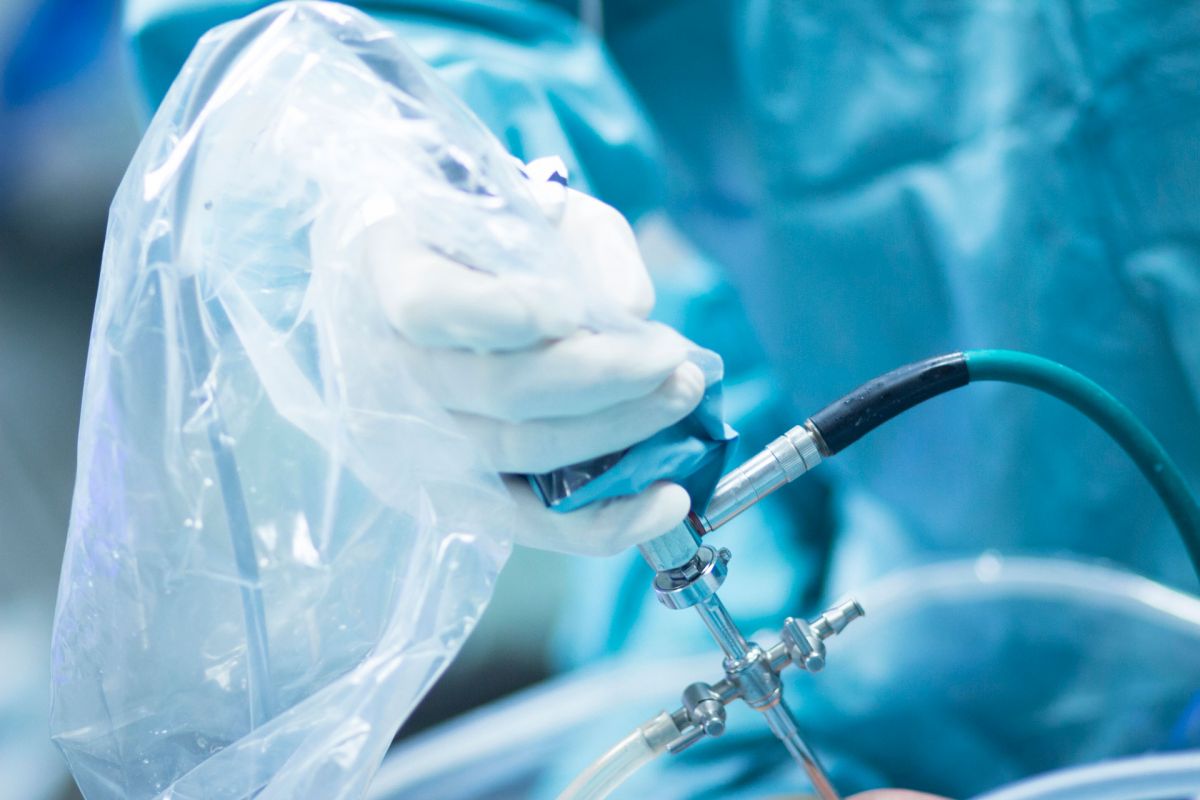