Fixing fractures in the far north 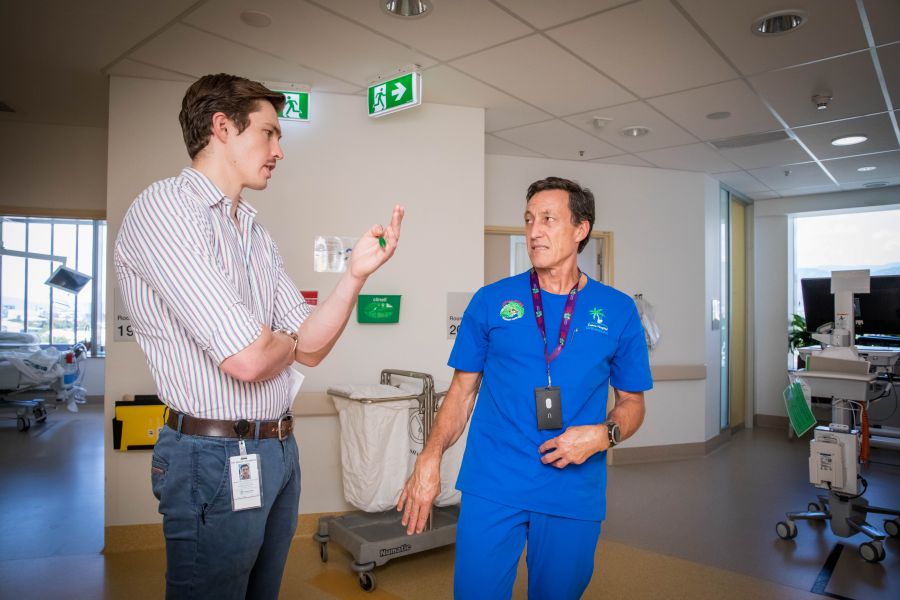 Carrying out an unscheduled amputation isn’t what most fifteen year olds expect to do on a day out, but for Brady Bonner amputating a fellow riders toes after an accident on a trail ride would kick start a passion for orthopaedics.

“My father was the doctor for the ride and we were pretty far away from any healthcare facility and one of the riders crushed his foot against a rock. At the end of the ride he took his boot off and three of his toes were hanging on by a thread.

“My Father thought they weren’t salvageable and would be better taken off.  He told the guy that I was pretty keen on this sort of thing and asked if he’d mind if I did it.  He said yes, so as a 15 year old I amputated three toes, which I thought was pretty good.”

Fast forward a decade and the junior doctor thought he was headed for a career in cardiology when a final placement reignited his passion for orthopaedic surgery and introduced him to the idea of working in the north.

“I just loved the speciality, and I worked with a surgeon who had done some of his training in far north Queensland and wanted to return to Cairns.  He just raved about how good it was up here.  He’d always dreamt of coming back and when he did, it really inspired me to come and work here”

Dr Bonner has now completed a year as an Orthopaedic Principal House Officer at the Cairns Hospital and believes it’s been a unique training experience.

“Orthopaedics here does everything.  It does trauma, elective, kids, even spinal and hands.  It’s one of the few orthopaedic departments in the state that does absolutely all those aspects in the one place.”

“I think being immersed in such a broad scope of work is a very good foundation to build on.  No matter where you go after this, there’s not going to be any facet of orthopaedics that you've not already had exposure to.

“You also get to see some sides of trauma and infectious disease here that you would be unlikely to see elsewhere.

“We cover the whole area from Tully all the way to PNG.  We have people who have crawled for days through the jungle with compound fractures who end up here.  So you get aspects of medicine from the developing world, as well as the run of the mill elective orthopaedics all in the same place.” 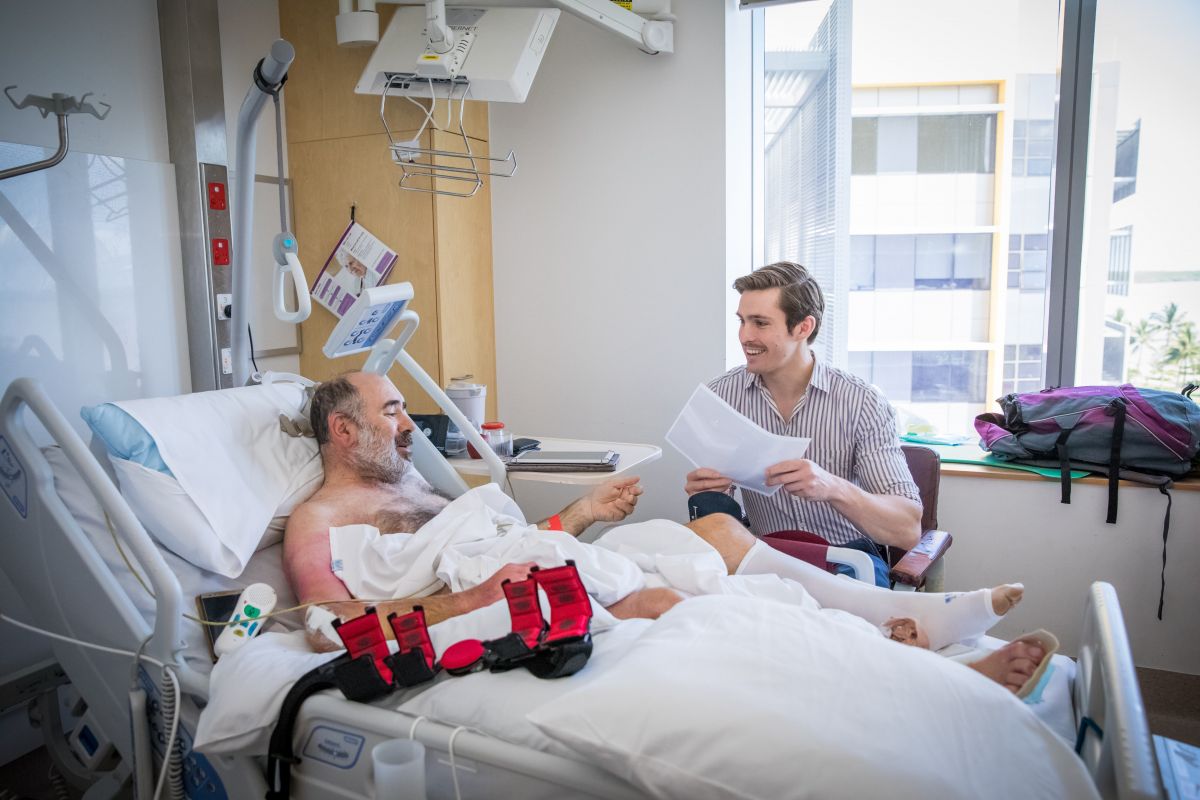 “There are so many of you in the big city hospitals.  There can be 120 interns in one year.   It's really hard to get to know the consultants and the registrars because you're just in a sea of interns and you end up just doing a lot of paperwork and documenting the ward rounds.  It’s very hard to actually get involved in decision making and procedures or doing any of that yourself.

“Whereas here, despite having a pretty similar patient load and a great range of specialities you've got fewer people and it’s much easier to get to know everybody, including those outside your own speciality.

“I think it makes for a much better learning experience if you walk around the hospital and you know people by name, and they know who you are and what you’re enthusiastic about.  You get to be more involved, make more decisions and get more hands on experience.”

Dr Andrew Graham is a senior Orthopaedic surgeon at the Cairns Hospital.  He was drawn to the north as a junior doctor and has never looked back.

“I worked at Royal Brisbane for three years before following a friend up to Cairns for a year and was totally changed, I loved it.  I was a big city boy, from Sydney and Brisbane, but I loved the region and after a year was determined to come back and work.  I think I was the first orthopaedic surgeon to actually come back as a registrar and set up practice here full time.”

And he’s not the only one to feel the pull of what the region has to offer.

Dr Graham believes there are many good reasons why so many who train in Cairns either stay or return later.

“It’s incredible work, with different cases that you wouldn’t see in the city and a lot of work that you get to do yourself.  You’re not spread among a whole lot of people so you get to do a lot of things up here in any speciality not just ours.  It’s a really hands on type of place and people are very supportive,” Dr Graham said.

Both Dr Graham and Dr Bonner agree the lifestyle in the far north is second to none.  Situated between the ocean and rainforest the outdoors play a large part in providing a good work life balance.  So much so that six of the eleven orthopaedic surgeons at the Hospital are avid mountain bike riders.

“It’s downhill, dangerous stuff.  And most of us actually operate on each other, knee ligaments and broken collarbone and various other things, so we’re a pretty tight-knit group,” Dr Graham said.

“We are all a community together, we work together as a team and our colleagues are our friends.  We're really good mates up here.”